Powered by Doraemon Technology
The most advanced translation tool in the world
Electronic Arts: "We couldn't live without you anymore." 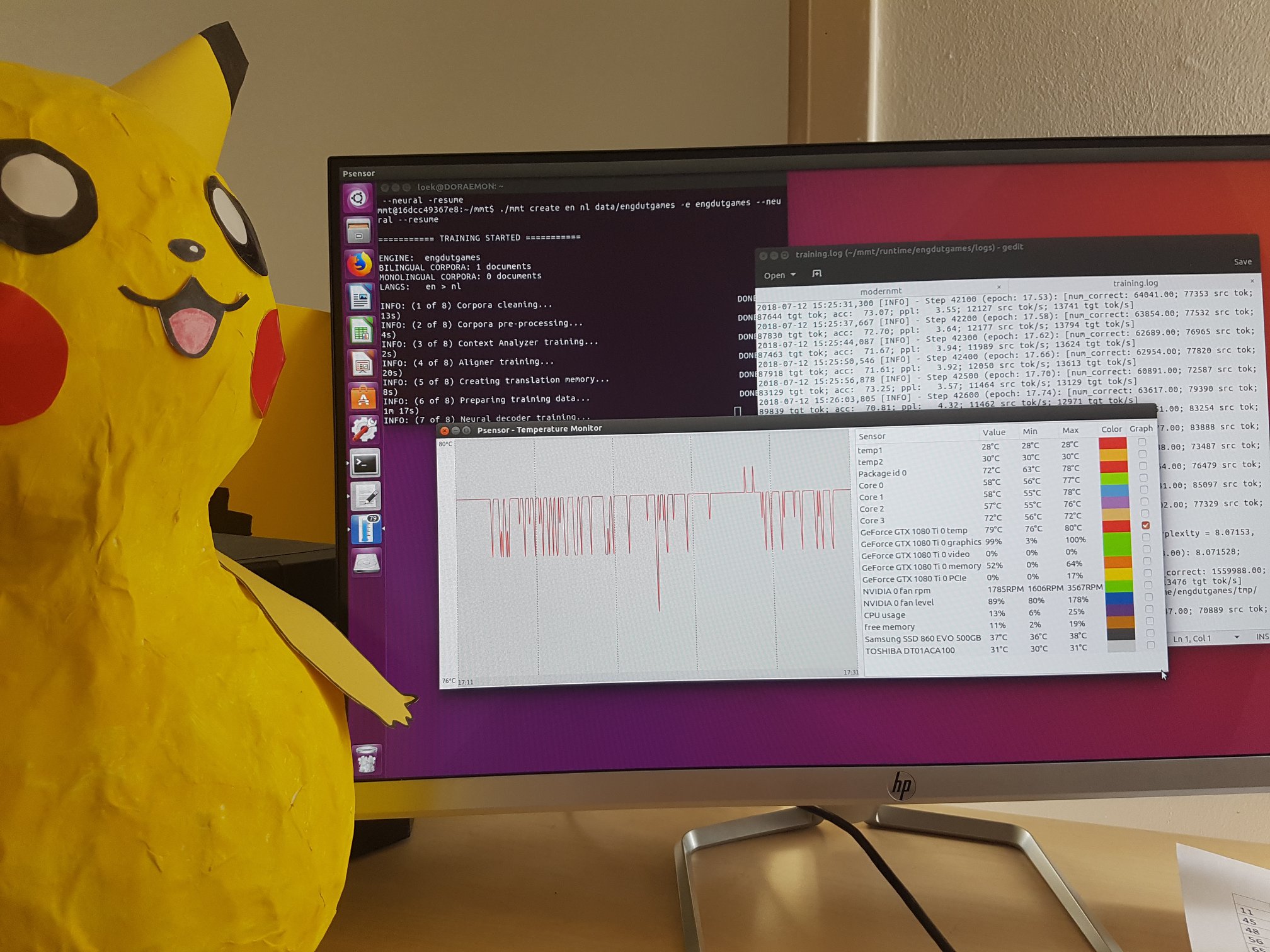 As many of you know, I’m very sceptical when it comes to machine translation. However, I’ve always been a huge fan of gadgets and software, and if something can be done quicker by automating stuff, I will do so. I'm not a luddite: it's in my very own personal interest to do this, as it can raise my productivity. On the one hand, I don’t believe the lies that are sold to us by marketing managers who often have no idea what their own product is doing, but on the other hand, I’m realistic enough to know that technology does not stand still and that we need to use it whenever it can help us to advance. So even though the results of my experiments with machine translations were very disappointing until now, I had not given up yet and kept on looking. The main issues I encountered were as follows: Enter ModernMT, the next step in machine translation: it’s open-source software written for Ubuntu that is freely available from Github. The reason why it’s free is probably because parts of it used to be based on other open-source software like Moses (the software has now moved to Tensorflow, see below), and the fact that the project seems to be heavily subsidized by the European Union (one of the very few things the EU actually did get right, I guess). ModernMT offers a solution in the cloud, but that version suffers from the very same problems as other cloud tools. Another solution is to have ModernMT installed on premise by ModernMT themselves, but if you have this done, you will need to pay 20,000 euro per year per used GPU, which makes this a non-option for any freelancer (it's a bargain for an LSP though, as hiring a full-time IT specialist will cost you at least twice as much). Even though installing ModernMT is pretty easy you are familiar with Linux-based systems (I’m afraid this rules out most freelance translators already), the real challenge is to get it to work with the CAT tool you’re using. Trados offers a solution for ModernMT via a plug-in called Memory.net, but this is once more a set-up that locks you into the cloud, and which uses one of those baseline memories that are really of no use for game translation. As soon as a gamer is addressed politely, as that is what such baseline memory has “learned” during its training, I’m forced to delete the entire suggestion as gamers are never addressed politely in Dutch, unless they are reading an End User License Agreement or similar legal document.