Powered by CATOTITUDE
The most advanced translation tool in the world
Electronic Arts: "We couldn't live without you anymore." 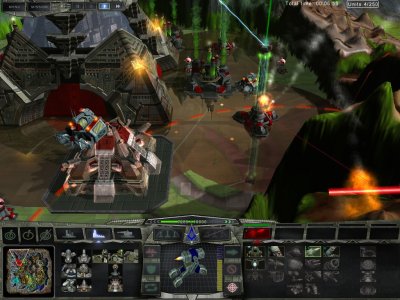 The Dutch manual of Baldur's Gate mentioned 'flip undead' as one of the spells priests could use to turn undead. The Dutch in-game interface of Burnout Revenge was run into the ground by all Dutch review sites because it prominently featured the terrible translation lakschaderuilbeurs (paintwork damage stock exchange).

How come? Because the makers of said games forgot that games shouldn't be just localized, but Loekalized.

Adrenaline Vault: "For starters, poor localization is worse than none at all, because a deficient conversion can ruin the flavor of a title."

Meet Loek van Kooten, a 48 years old male from the Netherlands, who has been playing games daily since he was 10, varying from first-person shooters like Quake to MMORPG's like EverQuest. He does this at least 2 hours a day, to make sure he stays up-to-date about new developments in the ever-changing gaming world.

Frustrated by the fact that so many Dutch games were terribly localized by people who had no clue about gaming terminology, he gave up his full-time translation career to dedicate all his time to giving Dutch gamers what they deserved: well-localized games that read like an original. And with success.

The six biggest game localization agencies in the world all employ Loek's services to give their games that little extra touch needed to appeal to the Dutch game market. And with good results. Research has shown that a catchy localization to Dutch can increase your market share in Holland by 40%. And that while the Loekalization of an average game ranges from 160 euro for games with little text to only 1600 euro for games that contain nothing but text, like role-playing games. Yes, Loekalization is a fast buck indeed.

"I got plenty of opportunities to triple my salary in the IT industry, but chose games instead. Some people say that game translation is a job. I call it a passion."